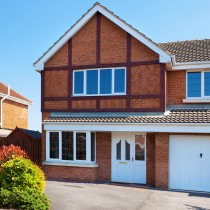 New home registrations in Northern Ireland have shown year-on-year growth, according to figures out today.

The latest statistics from the National House Building Council say that there were 759 finished new houses in the province between February and April this year.

That was up from 648 during the same period the year before.

However, the latest jump was less than the increase recorded year-on-year between January and March.

Over that period, there was a 42% jump in new registrations in Northern Ireland compared to the year before.

House-building activity has been low in Northern Ireland since the economic downturn with many former giants of the industry, such as Carvill Group and Patton Group, going out of business.

NHBC chief executive Mike Quinton said: “The very positive start to the year continues, with the growth in new home registrations unaffected by uncertainty ahead of the General Election, and so 2015 is likely to be another strong year.

“Now that the outcome of the General Election has been decided we look forward to continuing our work with government to ensure that housing remains at the top of the political agenda to help us get back to pre-recession building levels.”

Earlier this month in response to January to March’s 42% increase, John Armstrong, managing director of the Construction Employers Federation said the increase was good news.

He said: “We must not lose sight of the fact that this increase is coming from a historically low base. Only 5,500 new homes were completed last year in Northern Ireland. Official figures suggest we need to be delivering over 13,000 per annum to meet need.”

This article was written by BP Ni

New Northern Ireland home numbers up from last year
May 29, 2015

You can find out more about which cookies we are using or switch them off in settings.

This website uses cookies so that we can provide you with the best user experience possible. Cookie information is stored in your browser and performs functions such as recognising you when you return to our website and helping our team to understand which sections of the website you find most interesting and useful.

Strictly Necessary Cookie should be enabled at all times so that we can save your preferences for cookie settings.

If you disable this cookie, we will not be able to save your preferences. This means that every time you visit this website you will need to enable or disable cookies again.